here are two things for my wtff file.

first, john gibson from fox news telling white people to have more babies or latinos will soon be the majority:


next, a video game where you convert people to christianity...or kill them.

seriously people, what the fucking fuck? my distaste for the direction in which this country is headed rises like bile in the back of my throat and i think i'm gonna hurl.
Posted by maltese parakeet at 1:48 PM 1 comment:

i am a fine white woman

so, i've been trying to take the bus to work once a week. there's a lot of positives to this. i'm reduing my gas consumption by about 20% and therefore can feel about 20% less responsible for the dead u.s. soldiers and iraqis. i'm contributing less to the global warming problem. i'm getting more exercise. i'm catching up on my podcasts. i'm getting out in my community more. and, this is the best one, i'm getting the chance to talk to crazy people!

so, i'm waiting for my bus yesterday after work and this lovely drunk gentleman called tony came up to me to chat. i thought i was about to get hit up for some cash or maybe get to talked to about jesus, but he wanted to tell me how beautiful i was and how i was "his type" of woman. i politely thanked him for his compliment, i mean, why be rude, and was rewarded with about 10 minutes of what tony thought was a quite witty chatting up. boy was he drunk. he could stand up pretty straight, but the verbal faculties were quite impaired! so, apparently, i am a fine white woman. no, it's true! tony was (and probably still is) black, so he felt that he needed to lean in to reveal the secret that i was white when he told me that, thus giving me the full benefit of the alcohol fumes coming off him. i'm surprised i wasn't drunk after the end of the conversation. so the conversation carried on in that vein for a while, with him telling me how he was just drawn to me and that i was totally his type of woman. when i told him that i was my husband's type of woman, too, he went off on that for a while. my husband is apparently blessed, and i heartily agreed to that! tony invited me to dinner. he would love to take me out to italian food and let me do the ordering...he would buy me "spaghetti, fettucine, fetaroni, everything!" he then told me that he was a burnt out pimp and i was, like, so waiting for him to try to turn me out, but, alas, tony was a bit of a joker, and recanted on the pimp story pretty quickly. i was very disappointed and tony really blew it, because i would have actually taken him out for a fetaroni dinner if i could have talked to a burnt out pimp! anyway, after a few more minutes on the subject of how nicely i was built (i am apparently solid) and some attempts to give me his phone number, tony announced that he had to leave. "i've been drinking some beers," he explained. "really?" i replied, the irony being a tad lost on him. "yeah, i have to pee." and then he walked off. i love the bus!
Posted by maltese parakeet at 6:56 AM No comments:

an inconvenient truth. see this movie.
Posted by maltese parakeet at 9:01 AM No comments:

to quote eddie izzard: "pears can just fuck right off. they're either a rock or they're mush." i have three pear rocks on my desk that i have been waiting to ripen since i bought them on monday. the good thing is, i'm armed if anyone tries to attack me in my office. the bad thing is, i'm hungry. fuck off, you pears.
Posted by maltese parakeet at 4:45 PM 2 comments: 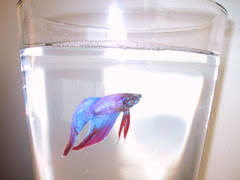 Posted by maltese parakeet at 7:10 AM 3 comments:

file this one under...

... the "what the hell is wrong with japanese people" category.

first, a clip from a japanese television show in which 6 guys have to do "dares" in a library and keep quiet the whole time. very odd. the best part happens around 8m 30s, but the whole thing is pretty entertaining.

then, an oldie, but a goodie: japanese girl band in meat helmets with komodo dragon.

Homeless guy stopping traffic to a dead halt while he crosses an intersection...diagonally.

Posted by maltese parakeet at 6:51 PM No comments:

weak from the cute

from our friends at cute overload: 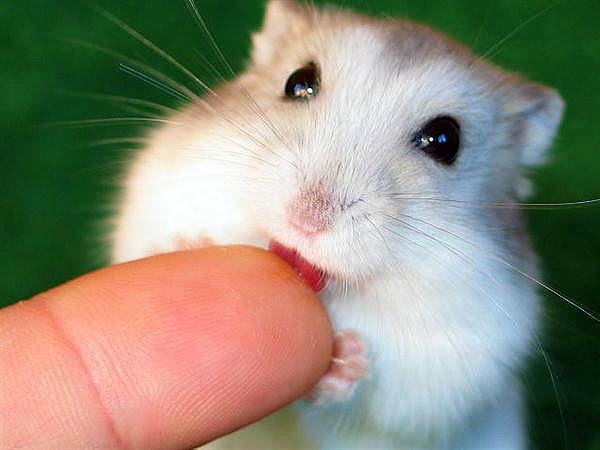 this was so cute, i practically fell out of my chair.
Posted by maltese parakeet at 1:17 PM 1 comment:

another reason to choose an absentee ballot

diebold strikes again.
Posted by maltese parakeet at 7:47 AM 2 comments:

so, the people over at the apprentice must be totally scraping the bottom of the barrel for contestants to go on their lame-ass show. check out the email that i got sent through our firm's martindale-hubbell listing:

Dear Ms. [MalteseParakeet]: The sixth season of NBC's The Apprentice with Donald Trump is looking for a top-notch attorney to compete to become the next CEO of the Trump Organization. This season will be based in Los Angeles and we need phenomenal lawyers to represent our fine city. Please contact the casting director, [name withheld to protect the innocent] at [email withheld for same reason] as soon as possible to receive more information. Must be available to meet with producers this Sunday, May 7th in Santa Monica.

now i am not disputing the fact that i am a top notch attorney. however, what on god's green earth would an immigration attorney know about running a real estate company? for f's sake, people, do some research. it would be fun to go to the casting call to make fun of all the people who seriously think going on the apprentice would be a good idea, but i don't think that's worth wasting my whole sunday on.
Posted by maltese parakeet at 5:03 PM 1 comment:

in honor of sue
Posted by maltese parakeet at 7:44 AM No comments: