this may be our christmas card

fyi, multy is not in the picture because he apparently voted for mccain. he always barks at the obama cut-out. 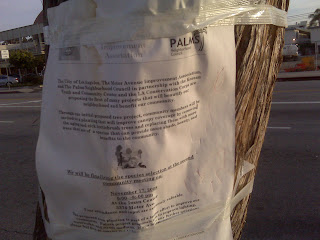 It's hard to read but this is a notice for a public meeting for the palms neighborhood association for a project to beautify the neighborhood. I would suggest the first agenda item would be to discuss how their publicity efforts are obviously contrary to their goal of neighborhood beautification. Seriously people, who straps a flyer to a tree with packing tape?

Posted by maltese parakeet at 7:21 AM No comments:

which is the sillier outfit? 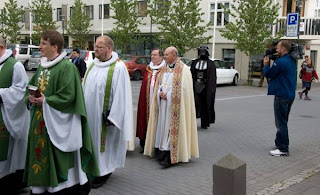 unfortunately, i don't know whom to attribute this photo to.
Posted by maltese parakeet at 1:34 PM 1 comment:

breakfast date with a younger man 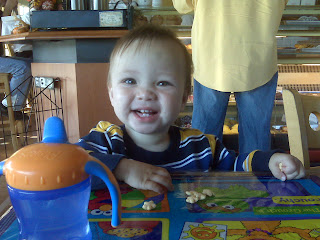 Sent via BlackBerry by AT&T
Posted by maltese parakeet at 8:59 AM No comments:

warning - this is extremely addicting

Posted by maltese parakeet at 2:04 PM No comments:

i am so overwhelmed with emotions right now that i'm having a hard time putting anything resembling a coherent thought together. i'll try to spit something out, though.

i am beyond elated to know that our country has elected barack obama! this election has been a bit of a new experience for me. i have finally voted for a candidate that won the election! it was also a new experience for me to be excited to cast my ballot as a positive vote for a candidate that i believe in and not cast my ballot as a protest vote, or a defensive vote or a vote for the lesser of two evils.

we had a party last night and when they called the election it was utter pandemonium in our house - people cheering, hugging, crying, corks popping, dogs barking, phones ringing. it felt like new year's eve.

we really were ringing in a new era and i have hope that we can turn a new page in our country's history and start getting things on the right track. we need to heal the red state-blue state divide. let's stop wasting so much time and energy on hate and put that energy towards fixing some of the problems that our country faces. our president-elect is not going to be able to solve all the problems himself, but i truly believe that he can lead us to solutions that we, as a country, can implement.

to end it on a happy note, here's a picture of the president elect, who, apparently, is also a bruin! 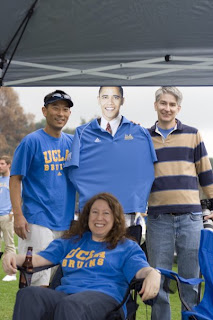 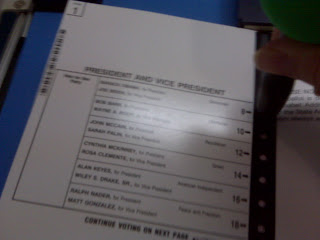 Sent via BlackBerry by AT&T
Posted by maltese parakeet at 9:06 AM 5 comments:

Line around the block 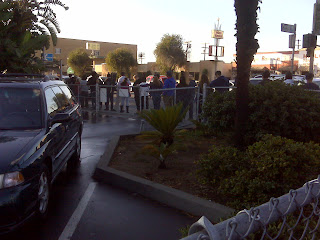 Here's the line at my polling place! For once, a line I'm happy to wait in.

Posted by maltese parakeet at 7:38 AM No comments: