home safe and sound and just up from a long nap in my comfy bed.
Posted by maltese parakeet at 7:33 PM No comments:

pandemonium in the band section

check out the view from the band section as we won the sweet 16 game against gonzaga...

got into tokyo on saturday night and then took the shinkansen (bullet train) to kyoto on sunday morning. here's a few snaps from kyoto.

a cemetery at the chion-in buddhist temple... 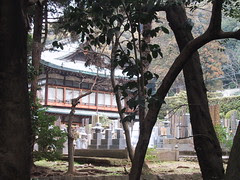 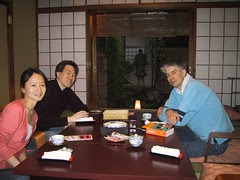 the garden off our room at the ryokan... 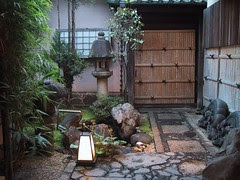 and geisha in motion... 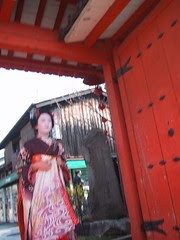 Posted by maltese parakeet at 4:23 AM No comments:

daven on the oedo line.

and a weird golden radish thing at the asahi biru building in tokyo.

Posted by maltese parakeet at 4:20 AM No comments:

Posted by maltese parakeet at 1:10 AM 2 comments:

it could be the jetlag

ummm, just got back from kyoto and saw something on the internet that said the bruins are going to the final four? what? is this a dream?
Posted by maltese parakeet at 3:51 AM 3 comments:

memoirs of a tourist

memoirs of a tourist
Originally uploaded by lornababy.

Posted by maltese parakeet at 3:48 AM No comments:

dig that cel phone camera resolution. what is that? 10 whole pixels?

Posted by maltese parakeet at 3:47 AM No comments:

Can you believe it! I put on my Moute Kicks Boute shirt and just believed. Luc repaid me by coming up with the winning basket and the crucial steal at the end...and he made that fucking porn-stache freak Adam Morrison cry like the little girl that he is! I am exhausted from the jumping and hoarse from the screaming and my neighbors are probably about ready to call the cops, but I don't care! MY BRUINS are going to the Elite 8 for the first time since 1997! Now all I have to do find a place in Tokyo to watch the game...oh yeah, and pack!

P.S. How classy is Arron Afflalo to go pick Porn-Stache Cry Baby up off the floor? Note the conspicuous absence of Gonzaga teammates around Morrison in his moment of shame.

if this is not intimidation, i don't know what is.
Posted by maltese parakeet at 7:33 AM 1 comment:

haven't had too much time to post recently, as i spent the weekend in rancho mirage with my grandmother and simultaneously trying to get ready to get out of town (out of the country, actually) on friday morning. anyway, me & the long suffering husband are off to japan and i'm taking a digital camera and my laptop (among other things) so that i can post some cool travel log type things while i'm there. so, check this space often...
Posted by maltese parakeet at 2:29 PM No comments:

when i say go, you say lakers 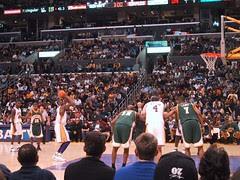 can you believe these seats?! this was a once-in-a-lifetime treat and we had a blast. lakers lost, but it was still a pretty good game. plus, it was great to see former bruin earl watson (standing to the left of kobe and forever lovingly known to us as monchichi) even if he was playing for the sonics. anyway, you can check out the ol' flickr page for some more photos of the game. go lakers!

the dogs were being unbearably cute this morning, so i snapped a few pics. there's a few more up on my flicker page. here's some unbearable cutness for your saturday morning... 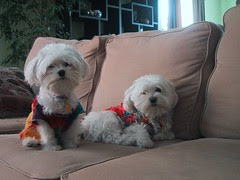 n.b., i generally do not dress up the dogs, but the shirts were in a box on the floor and multy walked up to the box and actually pulled his hawaiian shirt out of the box. he loves it. the dog is john waters; what more can i say?
Posted by maltese parakeet at 10:40 AM 2 comments:

ucla men's basketball is back - it's official! we're 2006 pac 10 champions for the first time in nine years and almost got the pac-10 award hat trick with the freshman of the year award for our cameroonian prince luc-richard mbah-a-moute [moo-tay] (still waiting for my moute kicks boute t-shirt to come in the mail) and the coach of the year award for ben howland. arron aflalo and jordan farmar were named to the all pac-10 team. here's to good things to come for my bruins in the upcoming pac-10 tournament and the big dance. goooo bruins!
Posted by maltese parakeet at 5:23 PM No comments:

Peanut Butter Etouffee
Posted by maltese parakeet at 11:50 AM No comments:

i have been saying it for months, maybe years: the only difference between the current bush administration and the ferdinand marcos administration in the philippines is laura bush probably doesn't have 3,000 pairs of shoes. well, that and george (the tanned vampire) hamilton doesn't seem to be hanging out with dubya all that much. anyway, the current administration is nothing but a bunch of crooks that are in it to make money for themselves and their giant corporation friends. case in point: halliburton. 'nuff said.

so, ever since this dubai ports debacle broke in the news, i have been asking, "where's the money? what fobs (friend of bush) are getting rich off this?" well, i think i just found them, and they're all related to treasury secretary john snow and railroad and shipping conglomerate, csx. here's an interesting blog post or two pointing out the connection between snow, csx and dubai ports world, who just bought p&o.

a dubai ports world executive was appointed by dubya on january 24, 2006 to be our country’s maritime administrator, in charge of our nation’s ports, among other things.

so, basically, you work for a big company, then you get put into a position of power in the administration where you can use your power to do favors for that company and its friends. that’s how it works. at the very least, you have a glaring conflict of interest.

there’s also an interesting carlyle group connection, although they don’t seem to be directly related to the dubai port deal. interesting to note that csx is also in bed with the carlyle group, which is, in turn, in bed with the bush family. it’s how dubya will make all his money...when daddy bush shuffles off this mortal coil. you will remember the carlyle group from the infamous michael moore movie, Fahrenheit 9/11, they are longtime fob's. in fact, dubya used to sit on their board (until he was asked to leave) and daddy bush was a “senior advisor” until he retired in october 2003 and is still a shareholder. in addition to the substantial saudi connections to carlyle, the group is also making a ton of money off the united arab emirates, who invested about $8 billion in the carlyle group in 2005, through the uae government backed company, dubai international capital. in february 2003, csx sold the majority interest of their container shipping lines, called csx lines, to the carlyle group, forming a joint venture called horizon lines, which was later sold. see page 4 of csx’s 2004 10K.

have you heard anything about this on the msm? no. only knee-jerk, racist hysteria about arabs being in charge of american ports. and the msm and republican lapdogs are doing exactly what bush’s handlers want. they don’t want you looking at the real issue, which is how the bush administration are using our government to make themselves and their friends rich. wake the fuck up, people.
Posted by maltese parakeet at 11:07 AM No comments:

suprisingly addictive
Posted by maltese parakeet at 5:39 PM No comments: