the first time i heard this, i was a sophomore in college taking a class called freedom of communication. we studied the famous pacifica case and not only was the above passage required reading, but my professor, geoff cowan, actually read the filthy words bit verbatim in class. unfortunately, though, i took the class a year too late. prof. cowan did the bit every year in class and, the year before, unbeknownst to him, george carlin's daughter, kelly, was taking his class. well, kelly told her dad that her professor was stealing his bit, and george carlin came to the next session and did the bit for real for the whole class! when we were studying for the final for this class, my friend, taleen and i, traded off reading this to each other. to this day, all i have to do is say "i am fuck, fuck of the mountain" and i can hear tal laugh all the way from san francisco!


sorry for all the f-bombs on my blog lately, but sometimes it just needs to be said. and george couldn't have said it better. 'bye, george. we'll miss ya. hope you're in heaven eatin' pork chops with jesus.
Posted by maltese parakeet at 7:45 PM 3 comments:

really? obama's baby mama? are you saying that because you think that's something that black people say? do you even know what baby mama means? i bet you do. so, you're really going to insinuate that an ivy league educated, successful woman lawyer is somehow the same as an unwed mother? really? pander to racial stereotypes much? so, to fox news, i say, fuck you. no, really. just fuck right off.
Posted by maltese parakeet at 8:14 AM No comments: 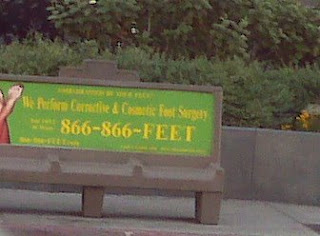 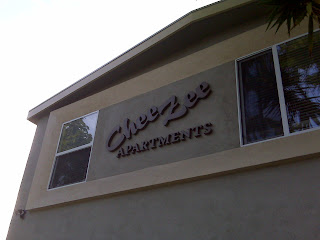 Around the corner from the other building. Must be the same owners. 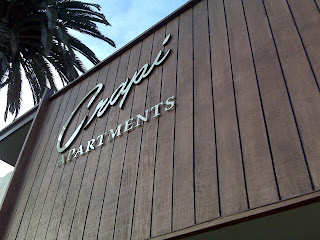 The owners of an apartment building in my neighborhood apparently have a sense of humor.

Posted by maltese parakeet at 7:07 PM No comments: